So this is part 4 of my doll making process. In this post I will go over cutting open the head and torso. For anyone that might not know about ball jointed dolls the head, torso, arms and legs are hollow to allow for the stringing of elastic through the doll.

First I used my Dremel  hand drill to cut open the top of the head. Place a mark on the skull to make it easier to fit the two pieces back together. You don’t have to worry about being too neat as you will be putting the pieces back together. Once the top was removed I gently pushed the inside form away from the walls of the head until I could pull it out. I was left with a pretty consistent depth of clay around the form. At this point I carved out the initial shape of the eyes. 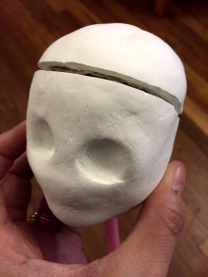 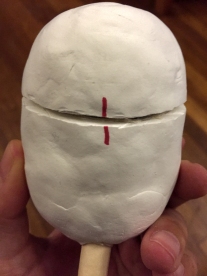 Marker line makes it easier to join the parts together. 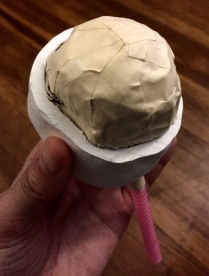 Head cap removed to take out inside form. 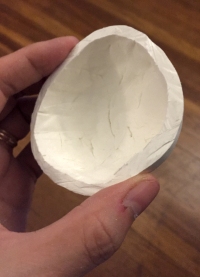 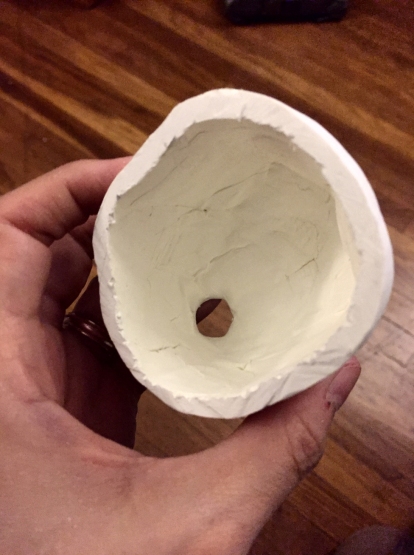 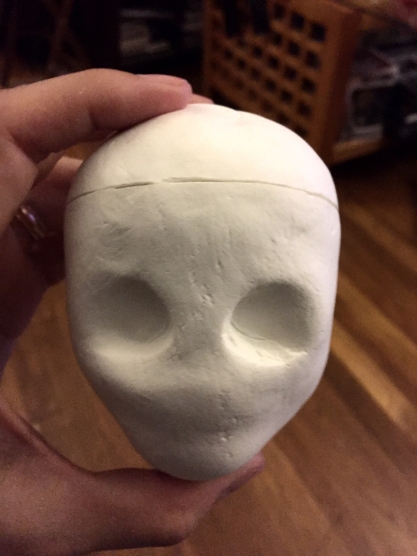 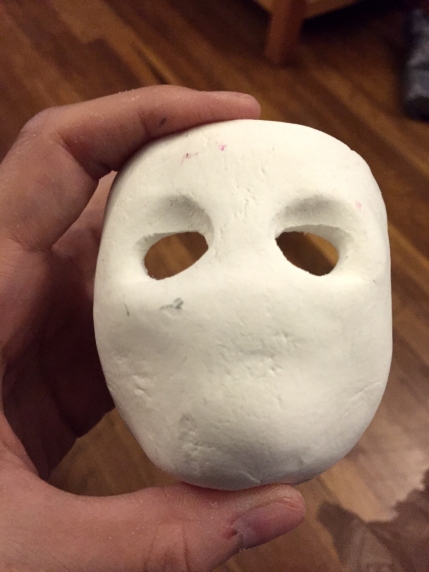 Initial carving of of eye sockets. 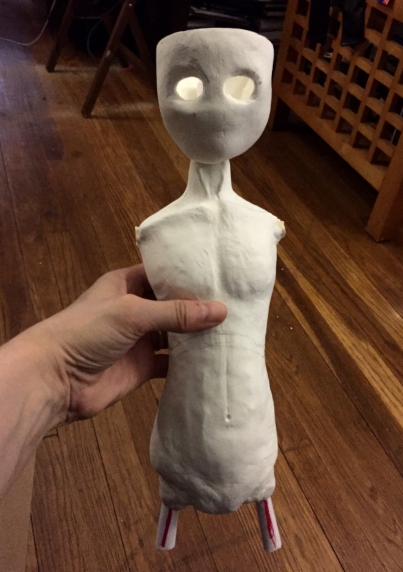 My next step is to hollow out the torso. I used my Dremel again to cut along the sides, shoulder, neck and bottom of torso. I finished off using my Exacto knife to separate any areas that I missed with the drill. Gently I pulled the two halves apart and removed the inner core. I was happy to find that it came apart fairly easily. In the next post I will cut the torso in half to give the doll more movement and I will add features to the face. 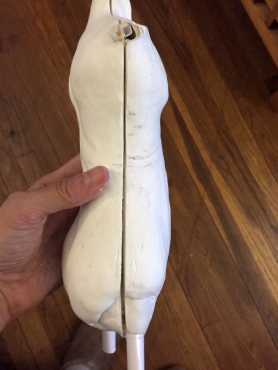 Cut along neck, shoulder and left side. 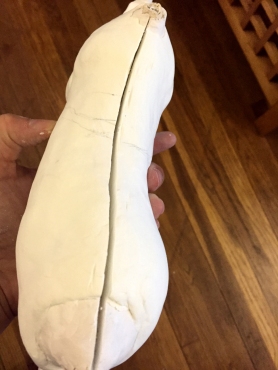 Cut along right side. 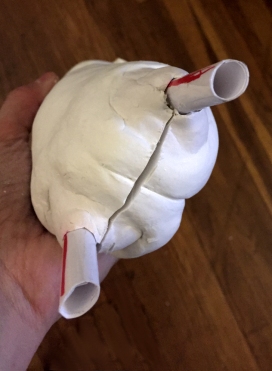 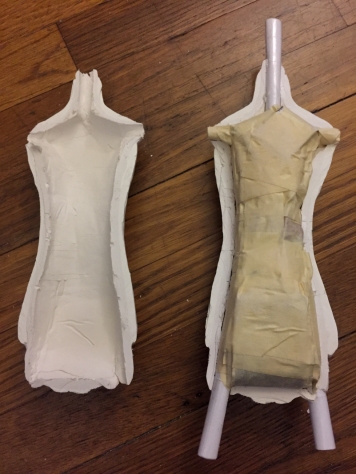 Top half removed from torso. 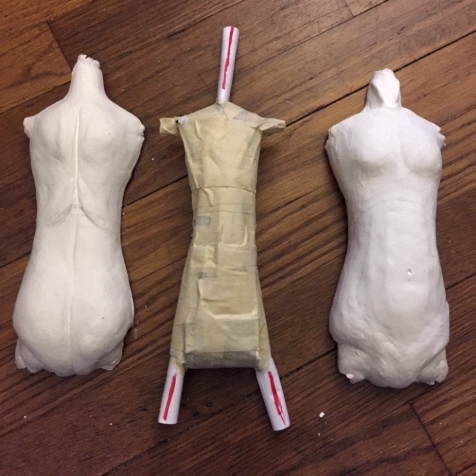 Front and back of torso with removed inner core.